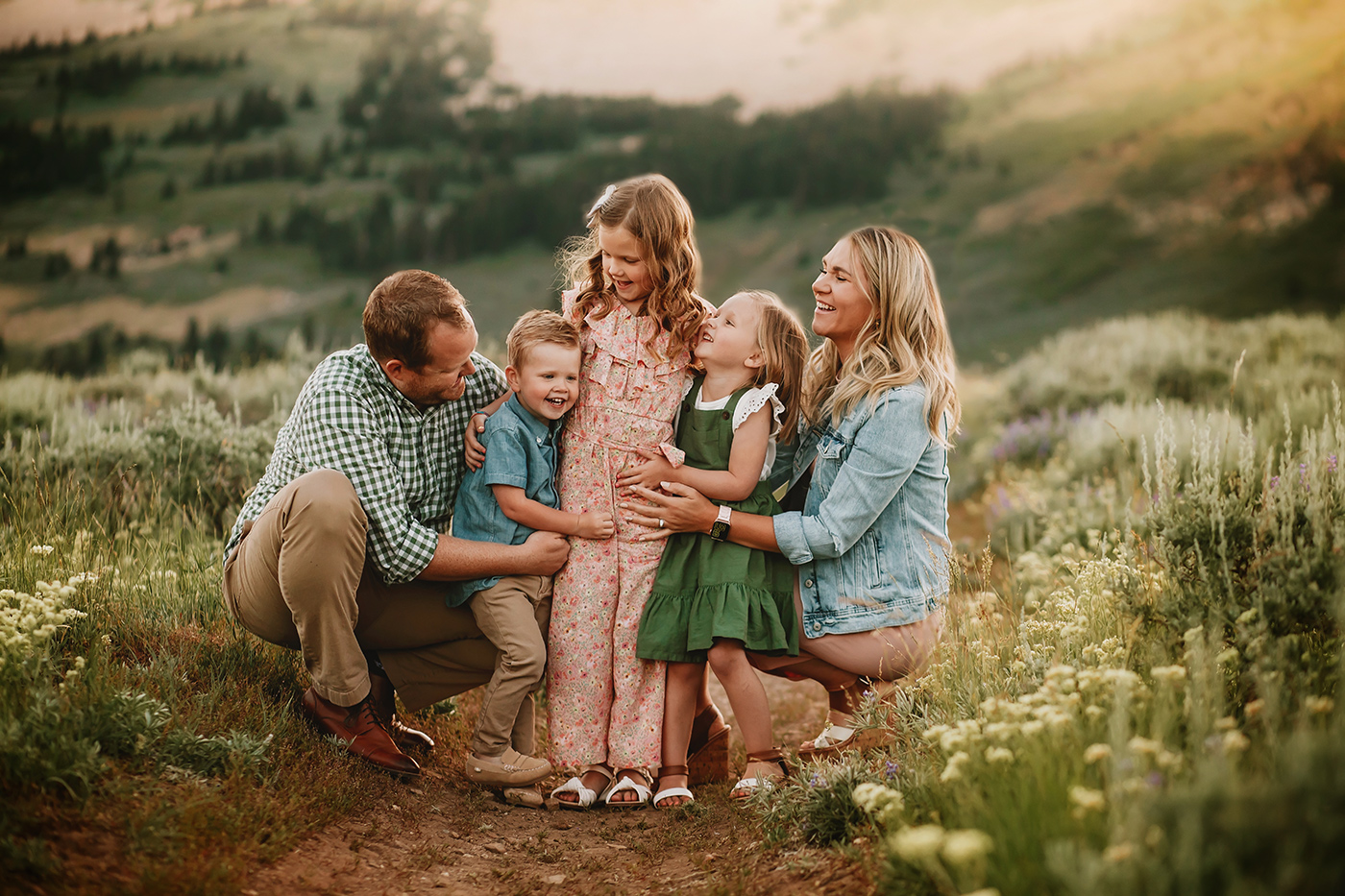 I was so excited to see this wonderful family again! I originally met them when their littlest daughter was just a baby. At the time, we were all living in the Rexburg area, but then each of our families moved away to another state. Coincidentally, we found ourselves living in neighboring towns here in the Magic Valley, so it was only right to celebrate our return back to Idaho with photos!

This session was absolutely an adventure! I almost always arrive at the location early. On this particular day, my puppy was in the hospital and so I just was not thinking clearly. I arrived at the location, and soon realized that I had forgotten the battery pack to my camera on the charger. This is something that I had never done, but I had come to the rescue for several other photographers with battery packs in the past.

Luckily, Barbara and her family were still at the bottom of the mountain and had enough time to swing by my house to pick up the battery and then come up for photos. The beauty in this is.. if we had started at the originally planned start time, their photos would have been too bright, but since we began later, they had this gorgeous soft look, which I love.